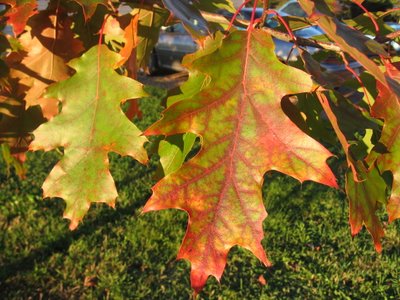 It's my first real day off. I have to work the 22nd but until then only have to accept booking phonecalls. The washer's full, the dryer's full, the sink's full and the vacuum cleaner soon will be. Then I'm going to walk....every day. That's the plan!

I was the only one from my team to show up at trivia last night so I was invited to be an honorary Brainwave. Could it be because I brought our pitcher of beer that we won last week? We came first with a perfect score the first round. We had lots of fun. A woman who for years was a regular Brainwave played her first game in five months after having had a baby. She brought photos and was feeling a little drunk part way through her second glass of wine. Things sure can change after just a few months.

Music today: On the drive home last night, I heard on the radio jazz program, After Hours, that Porgy and Bess had hit the stage seventy-one years earlier. It didn't become a hit at that time but the songs from it became American standards. I have so many versions of so many of the songs. I've always loved Gershwin and Porgy and Bess is my favorite. Listen to this live version by Nina Simone of I Loves You Porgy. She's just so soulful. You really believe she loves him through this version. I already have three versions of Summertime up. Here's one more, a short instrumental with a Latin sound by Ray Baretto.

Link: I've always had a fascination with Burning Man and would love to go some day. I visit this site in my daily blogroll. They put up a photo from a past Burning Man each day.
Posted by Cuidado at 9:57 AM